Success isn’t what you were designed for. You were created for significance.

Great to have with us Noreen Ippolito from I Heart Radio today.

She is one of the most successful business persons I know. She is also a fellow adoptive parent. To read about her adoption story check this out. 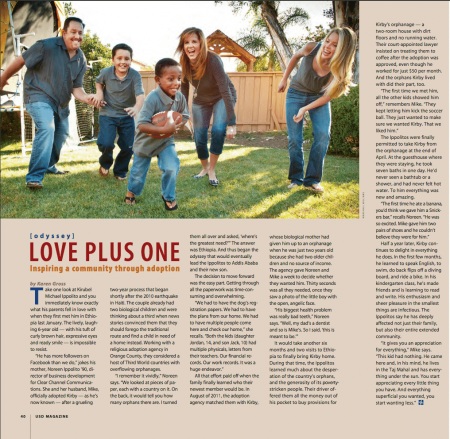 There are three levels of living.

Do you remember this time of life? What did that look like for you?

Was there a moment when you realized that you were a success?

The danger of stopping at success

Success isn’t what you were designed for. You weren’t created for personal success. You were created for significance. To make a difference in the lives of others. When you’re pursuit is success, it’s never enough.

Michael Jordan
He was a 6 time NBA champion.
5 time NBA MVP. Even when he didn’t win it, everyone thought he should
9 times he was voted NBA all defensive first team
He won two olympic goal medals.

Sports illustrated named him the best basketball player of all time.

Espn sports century counted down the top 50 athletes of all time and Michael Jordan was number one on that too.

In article in ESPN the magazine, the author wrote this about Jordan.

A common word used to describe Jordan is “rage.” Jordan might have stopped playing basketball, but the rage is still there. He is self-centered, bullying and cruel. His self-esteem has always been, as he says, “tied directly to the game.” Without it, he feels adrift. Who am I? What am I doing? For the past 10 years, since retiring for the third time, he has been running, moving as fast as he could, creating distractions, distance. He’s restless. “It’s consumed me so much,” he says. “I’m my own worst enemy. I drove myself so much that I’m still living with some of those drives. I’m living with that. I don’t know how to get rid of it. I don’t know if I could. ” Whenever he obsesses about returning to play, he tries to sleep, hoping that when he wakes up, things will be better. He knows he won’t ever play pro basketball again. He knows he’s got to quiet these drives, to find a way to live the life he worked so hard to create, to be still. But he can’t.

Chris Evert was the number one female tennis player when I was growing up. Her career won-loss record was the best in singles history. But as she contemplated retirement she was petrified.

I had no idea who I was, or what I could be away from tennis. I was depressed and afraid because so much of my life had been defined by my being a tennis champion. I was completely lost. Winning made me feel like somebody. It made me feel pretty. It was like being hooked on a drug. I needed the wins, the applause, in order to have an identity.

Unfortunately we are passing this on to our children.

David Brooks book On Paradise Drive describes what he calls “The professionalization of childhood.” From the earliest years, an alliance of parents and schools creates a pressure cooker of competition, designed to produced students who excel in everything. The family is no longer a haven in a heartless world. Instead the family has become the nursery where the craving for success is first cultivated.

Helen Rubin in an article in Fast Company magazine put it like this.

One more fact about Michael Jordan. Do you know what the people closest to Michael call him as a sort of funny nickname. Yahweh. That’s the hebrew name for God. It’s the code named used for Jordan by his security team.

How can we reach significance?

1) Focus on serving not being served

Generally speaking, service is how we measure success, but not the way Peter is talking about. We measure success by how many people serve us. How many employees we have. How many people work underneath us. How big our company is. This way of thinking goes beyond the office to. Have you ever had a friend made a statement like this to you? “I can’t come on Wednesday morning because my housecleaner is coming.”

God challenges us to serve not be served. It’s how he measures success

2) Focus on people not money

Do you know what the most dangerous aspect of this drive for success is in our lives. Personal achievement and success lead to a sense that we are god. That our security rests in our wisdom, our strength, our performance. When I get to the place in my life where I think, If only I can accomplish that I will be valuable

Austrian millionaire Karl Rabeder is giving away his money. 5 million dollars worth. Instead, he will move out of his luxury Alpine retreat into a small wooden hut in the mountains or a simple bedsit in Innsbruck. His entire proceeds are going to charities he set up in Central and Latin America, but he will not even take a salary from these.
“For a long time I believed that more wealth and luxury automatically meant more happiness. I come from a very poor family where the rules were to work more to achieve more material things, and I applied this for many years,” said Mr Rabeder. But over time, he had another, conflicting feeling. “More and more I heard the words: ‘Stop what you are doing now – all this luxury and consumerism – and start your real life’,” he said. “I had the feeling I was working as a slave for things that I did not wish for or need. I have the feeling that there are lot of people doing the same thing.”

3) Be the stage don’t seek the stage

Muhammed Ali put it like this “It’s not bragging if you can back it up.” Actually, that’s exactly what it is. It’s bragging. It’s arrogance. It’s pride. At least in God’s economy. I don’t know if God can make it any clearer than this. “God opposes the proud but gives grace to the humble.”