The Wall Between Us

Being Latino in America podcast notes

Today we were joined by our good friend Ruben Buitrago.  Canyon Springs is sponsoring Ruben as he plants a new Latino church in San Diego. He had some amazing insights.  Give it a listen. 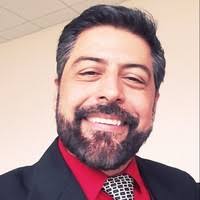 Here are some notes from an amazing article about being a second generation Latino in America.  We didn’t talk about any of this but it’s worth the read.

Young Latinos: Born in the U.S.A., carving their own identity By Suzanne Gamboa, Sandra Lilley and Sarah Cahlan

For many young Hispanics, navigating their parents’ culture in the U.S. has shaped their views on what it means to be American.

Like other population waves throughout the country’s history, these young bicultural Americans are coming of age enmeshed in their Latino and American worlds and trying to carve out a place for themselves in both of them and between.

Toggling Between two languages
Berenize García, 16, of New York City, said her father, a Mexican immigrant, has pressured her to be “more American,” while her mother told her it’s disrespectful not to retain and speak Spanish to their Mexican relatives.

“We’re stripped in a lot of cases of our Spanish tongue and our Spanish heritage and told it’s really important that you only speak English and you know how to speak English well because otherwise, you’re going to face hardship, which is in a lot of ways true because of the prejudice that this country holds,” said Alma Flores-Perez, 21, born and raised in Austin, Texas.

Judged by the color of their skin not the content of their character
Even more of an impact than language, for many young Latinos, is how their skin color influences how they’re perceived, not only by other Americans but by other Hispanic Americans.

Flores-Perez, who is light-skinned, has been questioned when she identifies herself as Chicana.
“I’ve been called whitewashed,” said Flores-Perez, who said it hurt to not be considered Latina enough because of her light complexion. But she’s come to understand it’s not something she can control

“I think I can do my best to project that identity and to make clear who I am and explain when people ask,” she said.

Many young Latinos see themselves as in-between skin colors and races.

Beyond issues of language and color, living amid their immigrant parents and their extended network has influenced how young Latinos see issues in the U.S. and beyond.

More seriously, they spoke of the pressure their parents felt to help relatives in their home countries, despite not having much more money themselves.

Here at home, U.S.-born young Latinos also grow up with the reality that depending on their family or friends’ immigration status, they could one day be taken by immigration enforcement officers, held in detention for long periods and possibly deported.

Learning to be proud of who I a

Marco Garcia described their immigrant parents’ hard work. “My dad works six days a week from 10 to 10,” Marco said. “My mom works as a housemaid, scrubbing floors, cleaning bathrooms and what not.”

When they were younger, Marco was embarrassed by his parents’ broken English when they came to school functions. Now he and his sister see it as a point of pride that they’re children of immigrants — as well as high achieving students.