8% of people keep their New Years goals. Is that you?

The Resolution Podcast with Todd Durkin

Great to be with Todd Durkin for this podcast.  He’s one of our favorites. 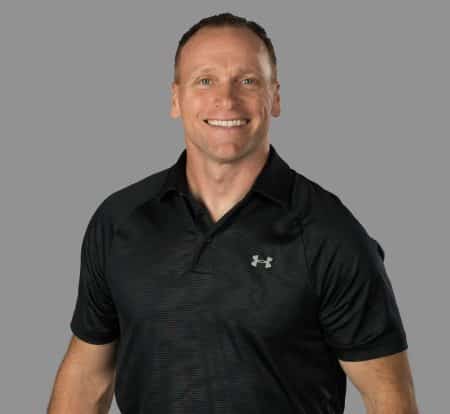 If you want more information on Todd Durkin click this link

According to the New York Post, how long does it take for someone to break their New Years resolution. I’m looking for an actual date here.

After analyzing more than 31.5 million online global activities last January, Strava the social network for athletes was able to pinpoint the date when most people report failing their resolution. Research conducted by Strava discovered that Saturday, Jan. 12, is the fateful day of New Year’s resolutions.

According to a study conducted by the University of Scranton, just 8 percent of people achieve their New Year’s goals, while around 80 percent fail to keep their New Year’s resolutions, says US clinical psychologist Joseph Luciani.

Why do people fail at resolutions?

What kinds of attitudes do people need to adopt to succeed and become the people they want to be?

I don’t know if you noticed it, but each of these resolutions has something in common. Very few of them has anything to do with your inside. Most of them are outward focused. How I look. How much money I have. Where I’m going to travel to. What I do for work.

Let’s take a moment to talk about some ways to become better as people on the inside rather than focusing on how to get into a size 6.

The bible over and over tells us that as Christians we are to be a people of peace. God promises us peace.

The LORD gives strength to his people; the LORD blesses his people with peace. Psalm 29:11

Great peace have they who love your law, and nothing can make them stumble. Psalm 119:165

Mercy, peace and love be yours in abundance. Jude 1:2

Over and over God tells us he’ll give us peace and over and over I’m looking at my life saying, where is it.

What is it that messes with your peace?

Your car can mess up your peace. It can be a Flat tire or Funny sound in your engine or a Bad transmission or Spilt milk in the mini van. That happened to us once. Unfortunately we didn’t find out about the spill until about a week after the spill and by that time it had become a science project.

Your health can mess up your peace. Who got the flu over the holidays? A friend of mine got married and the next day had to come home from his honeymoon because of the flu. I would have been happy with the flu. Instead, I got shingles. I was trying not to tell anyone but two weeks ago my wife spoke in church and told everyone. Now people come up to me and say things like, “I know someone who got shingles. He was 75.”

This verse reminds me of a story involving my son and his friends. I took him and his other junior high buddies to the park to play some hoop and just hang out. Let me preface this story by saying something about these boys. These are 4 of the greatest kids. They get good grades, they are well mannered. Individually, they are very intelligent, smart kids. I’ve noticed something interesting about junior high boys. Individually, they are smart, but collectively, they don’t get smarter. When they are all together their IQ drops dramatically. While we were hanging out at this park, one kid got the bright idea that it might be fun to put his skateboard at the top of the slide, sit on it and ride it down the slide. So he tries it on the small slide, and pulls it off. Then his buddies start in on him to try the big slide. I’m just sitting back, watching the peer pressure mount until he agrees to do it. This time he goes off, loses control, and lands on top of the skate board with the board digging into his back. After a few minutes of writhing in pain for dramatic effect, he gets up and they start dreaming up something else stupid they can do. As I sat back and watched that I thought to myself,”What did you think would happen. There was no good outcome to riding a skateboard down a slide. It’s got pain written all over it.” Several days later this kids mom heard what her kid had done and came to me with another obvious question, “Why did you allow my kid to go down the slide on a skateboard?” My response was the same, “What did you think would happen when you put me in charge of your kid.”

Do not be anxious about anything, but in everything, by prayer and petition, with thanksgiving, present your requests to God. And the peace of God, which transcends all understanding, will guard your hearts and your minds in Christ Jesus. Philippians 4:6,7

2) Include a daily appointment with God

That reminds me of a story I read this last week. It took place aboard a submarine in the mediterranean sea. There were a number of large ships passing overhead and the sub had to make a large number of violent maneuvers to avoid possible collisions. The movements were so violent, that they woke the captain in his quarters. The captain made his way up to the bridge and asked the duty officer, “Is everything all right?” “Yes sir,” was the officers reply. The captain looked around and said, “It looks all right to me too,” and went back to his quarters. You see, outside there was potential danger around every corner. But inside there was peace. Inside everyone moved like clockwork. Inside the duty officer was in complete command so the captain could rest.

Do you know why there was such peace on that submarine. One simple word. Preparation. The sub was prepared. The crew members had gone over these routines thousands of times. They were ready. They knew how to respond.

3) Have more friends to call on Friday night

Have you tried to get together with someone last minute on a Friday. It’s almost impossible. Everyones busy. Everyone’s with the kids. Everyones got a date night.

There was a man all alone; he had neither son nor brother. There was no end to his toil, yet his eyes were not content with his wealth. “For whom am I toiling,” he asked, “and why am I depriving myself of enjoyment?” This too is meaningless— a miserable business! Two are better than one, because they have a good return for their work: If one falls down, his friend can help him up. But pity the man who falls and has no one to help him up! Also, if two lie down together, they will keep warm. But how can one keep warm alone? Though one may be overpowered, two can defend themselves. A cord of three strands is not quickly broken. Ecclesiastes 4:8-12